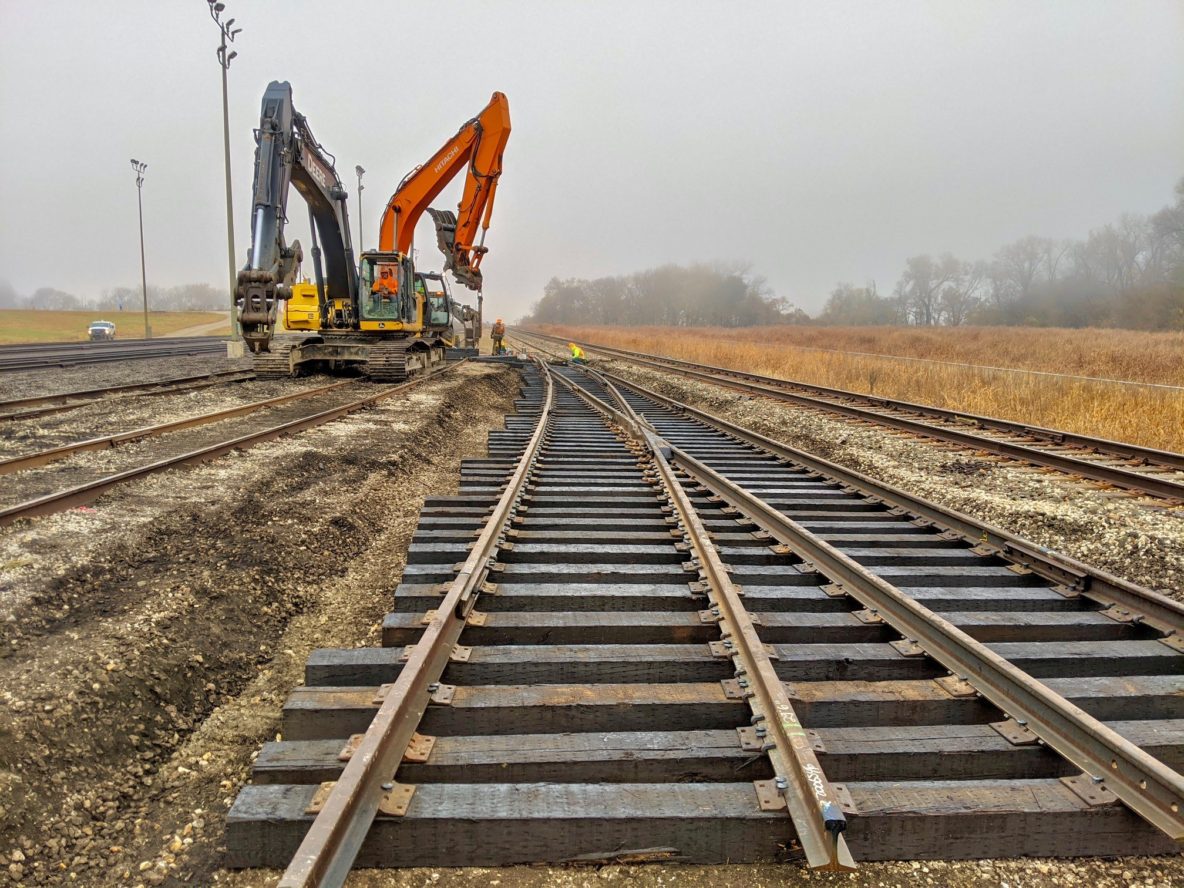 General contractor Musselman & Hall has joined the Lee’s Summit Economic Development Council as a Benefactor investor. The company specializes in railroad, asphalt and structural, flatwork and decorative concrete. The railroad division, which is also the company’s second-largest division, operates in 27 states. While it is primarily a general contractor, Musselman & Hall also does subcontractor work. The company has three offices located in Kansas City, Wichita and St. Louis with a total of around 300 employees and does about $75-80 million in business annually.

Tim Moulis, who will be the primary representative for Musselman & Hall in the LSEDC, lived in Lee’s Summit for 25 years where he and his wife raised their three children.  A couple of those years he served as associate pastor of his church in Lee’s Summit. Though he now lives east of the city, Moulis is still involved with the community. His family owns Shelti Farms, a Lavender farm which is a Lee’s Summit Farmer’s Market vendor. It was through the farmer’s market and his personal relationships with people in the Lee’s Summit community that Moulis renewed his interest about Lee’s Summit and decided to join the LSEDC.

“In talking with the folks at the farmers market, I became aware of this wonderful proposed development for Downtown Lee’s Summit,” said Moulis.

Moulis said he began researching and learned of the nearly 4,200 acres of land from Property Reserve Inc. which will come to the Lee’s Summit market over the course of the coming years and began to recognize the potential for his business and to contribute to the community.

“There is certainly the whole element of, ‘Can we get business?’” said Moulis. “But I also see that we are on the crossroad of being able to profoundly enhance the community, the life, the city of Lee’s Summit. That’s very exciting to me and I think in some respects that’s a noble cause because we are shaping and molding what will be beneficial for generations to come.”

Moulis has a long history with Musselman & Hall, dating back to 1981 when he interned as a college sophomore. He worked full time at Musselman & Hall from 1983-1994 before taking a hiatus from the company to pursue his own business ventures. In the early 2000s, Moulis worked with the LSEDC on a major city development before the 2008 financial crisis permanently sidelined the project .   Moulis eventually returned to the Musselman & Hall in 2014, where he recently moved into a business development and new market development role.

Through his time as a resident, Moulis has established friendships with former LSEDC chair Machelle Riffe of Riffe Communities and current chair Tim Paulson of Emery Sapp & Sons. Moulis said he hopes that being part of the LSEDC will lead to more relationships in the community.

“We [Musselman & Hall] really like to develop long term relationships,” said Moulis. “Most of our clientele are commercial and industrial companies that we have had for a long time and we pride ourselves on that. We try to take care of them and we try to be the go-to solution for their needs.”

LSEDC President & CEO Rick McDowell said he is pleased to have Musselman & Hall on the team.

“We are grateful to have Musselman & Hall with us as Lee’s Summit sets off on a historic path of growth,” said McDowell. “Their commitment to the community will be a tremendous asset to our organization and to our city.”